← more from
Morr Music
Get fresh music recommendations delivered to your inbox every Friday. 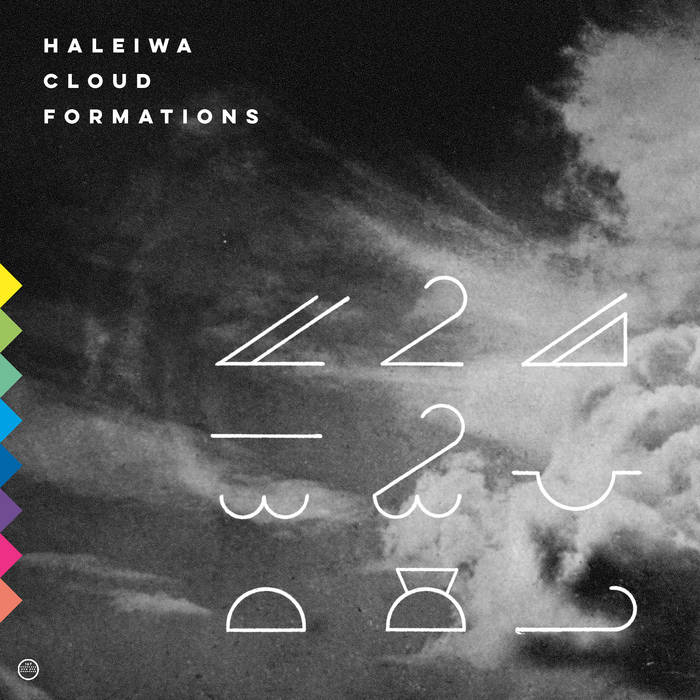 Mikko Singh has been living different musical lives from the start. With »Cloud Formations«, his third album under the Haleiwa moniker, Singh eschews the guitar-dominated sound of his first two LPs for lush but grainy texturality. Inspired by bands and songwriters like Animal Collective, Real Estate and the late Jay Reatard, »Cloud Formations« is a hopeful record whose experimental approach to rock music calls to mind the experimental pop of Morr Music label mates like Sequoyah Tiger or even Stereolab’s motorik-driven post-rock. It’s a fusion of fuzzed-out sounds, washed-out sentiments and far-out songwriting - perhaps the only shoegaze record you can actually take along to the beach.

Ever since he first picked up the classical guitar at age nine, Singh has pursued many different ambitions. Having moved on from skate punk and hardcore bands to instrumental indie rock, Singh even released an album of subtle piano compositions on the 1631 label alongside artists like Dustin O’Halloran and Hauschka. As an album dedicated to new beginnings, »Cloud Formations« proves to be the perfect synthesis for all of these ambitions. But it also ventures beyond that, making a side of the Stockholm native’s musical vision heard that his previous records only hinted at.

After the release 2015’s »Palm Trees of the Subarctic«, Singh began experimenting with his collection of vintage and analogue synthesizers, exploring different ways of using the guitar and putting an emphasis on his bass playing when composing. This proved to be a liberating change in perspective. While some of the songs on »Cloud Formations« were initially conceived in 2015, he recorded and produced the album between 2017 and 2018 in what he calls a »long and continuous process«, a fruitful time in which he reinvented himself.

Apart from some drum recordings (provided by his long-time friend Johan Nordlund of the Swedish hardcore band This Gift Is A Curse), Singh maintained full creative control of the album, tweaking the nine songs in his own Stockholm studio until every note and every tiny grain of sound was exactly where he wanted it to be. Over the course of two years, he was paying more attention than before to the subtleties of sound design and their emotive qualities. »I have experimented with different recording techniques,« he explains. »Some of the instruments were recorded with bad quality lo-fi microphones in order to get a better and more interesting soundscape.«

The result is a dense, at times psychedelic and intimate album, abundant with passion and optimism, despite its name, which may at first indicate the opposite. »The state of the world is pretty cloudy at the moment, metaphorically speaking,« Singh says. »But I wanted the album to express some kind of hope beyond that rather apocalyptic title.« This approach becomes tangible from the very first seconds of the anthemic opener »HKI -97«, a joyful marriage of jubilant synthesizer melodies, warm bass tones and Nordlund’s high-precision drumming, topped off by Singh’s freely floating vocal melodies. It’s the perfect opener for an album that is a celebration of new beginnings in every possible sense.

Between the fuzzy ambience of »Ka’a’awa Surfin’«, the title track’s hypnagogic mid-tempo grooves, to the relentless drive of »Swell« or »Crossroads«, and the eerie final track »Cold Concrete«, this album is to be understood as a celebration of different musical lives becoming one. It’s the sound of Mikko Singh opening an entirely new chapter in his career.

Bandcamp Daily  your guide to the world of Bandcamp